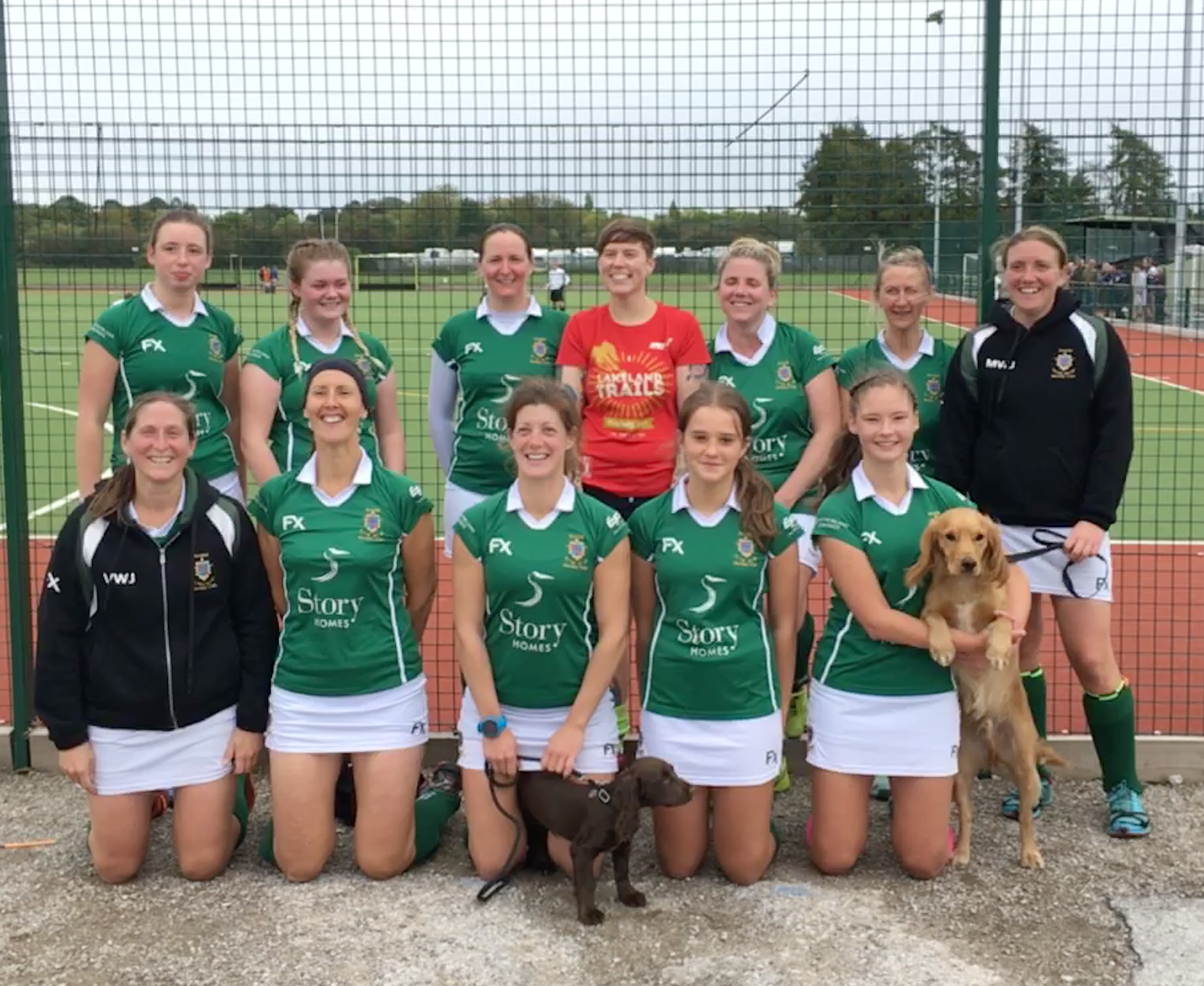 Kendal ladies first team began their season travelling away to face Ben Rhydding second team. Kendal were raring to go after a brisk and focused warm-up, and they started the game with possession and kept much of the play in their opponents 25, thanks to some great link up play from newcomer Bertie Anderton and skipper Vickylouise Whalley-Jones. Ben Rhydding fought back and both teams seemed evenly matched, until the home team were awarded a penalty corner from an unidentifiable foot in Kendal’s D and they took the lead. Emma Hill, Imogen Welsh and Bethan Cogger were relentless up front and Kendal sustained their attack on the Ben Rhydding goal line. It was Kendal’s own young talent, Zoe Dempsey, who played with impressive tenacity and neatly slotted the ball past the keeper with such composure to put Kendal back on par. As the first half drew to a close, Kendal gave Ben Rhydding too much space in the wings and the home team were able to penetrate the defence and take the lead once more.

The second half continued in a similar fashion, with both teams working hard in possession, but also equalling the opposition defensively. Kendal were conscious they did not want to throw away the opportunity of some points after all their hard work and pressed on when in possession, often right from the back thanks to Melanie Whalley-Jones and Vicky Atkinson. Ruth Sealey’s performance in goal was impressive – using her agility to keep the home team at bay during the second half. This allowed a powerful strike from Jones in the 55th minute for Kendal to bring the score back to a level pegging. As the game came to a close, Ben Rhydding were showing signs of desperation and the physicality of the tackling increased, but the newly-formed squad of experienced Kendal players focussed on keeping possession and forcing the home team to make mistakes. Unfortunately, there was not enough time for Kendal to take the lead but they were pleased they were in complete control of the game as the final whistle blew. Ben Rhydding 2, Kendal 2. Congratulations to debutant and player of the match, Zoe Dempsey! Kendal travel again next Saturday to face Stokesley Ladies 1s.