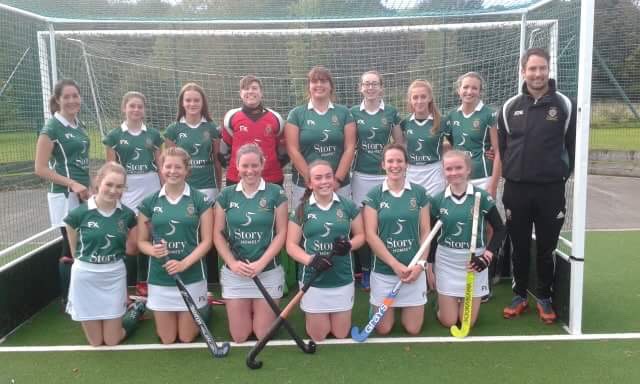 The ladies 2s traveled to the Lakes school for their home match against Carlisle 2s and were in a positive frame of mind after the team’s efforts last week.

The match started in good spirits with both teams sharing the ball. Kendal made the breakthrough with Bec Barnes playing the ball to Flora Belshaw for her first Kendal goal. Kendal maintained possession and had many attacks on the Carlisle goal. The visitors broke just before the half time and scored.

A positive half time team talk from Jon Elleray and the 2s started again having lots of possession and creating plenty of chances. Half way through the half Zoe Dempsey made a great run from the half way line and played the ball in to the D. A mix up between a Carlisle defender and Bec Barnes resulted in the ball being hit in front of the Carlisle defender who then put it in the back of the goal for Barnes first goal for the club! The away side made several attacks and the defence of Gaby Ansell, Emma Woodburn and Edie Hollis along with Ruth Sealey in goal saw off every attack. As the final whistle blew the 2s celebrated their first victory in a very long time and great all round team performance!

On to next week and a rematch with Carlisle 2s in the Cup.