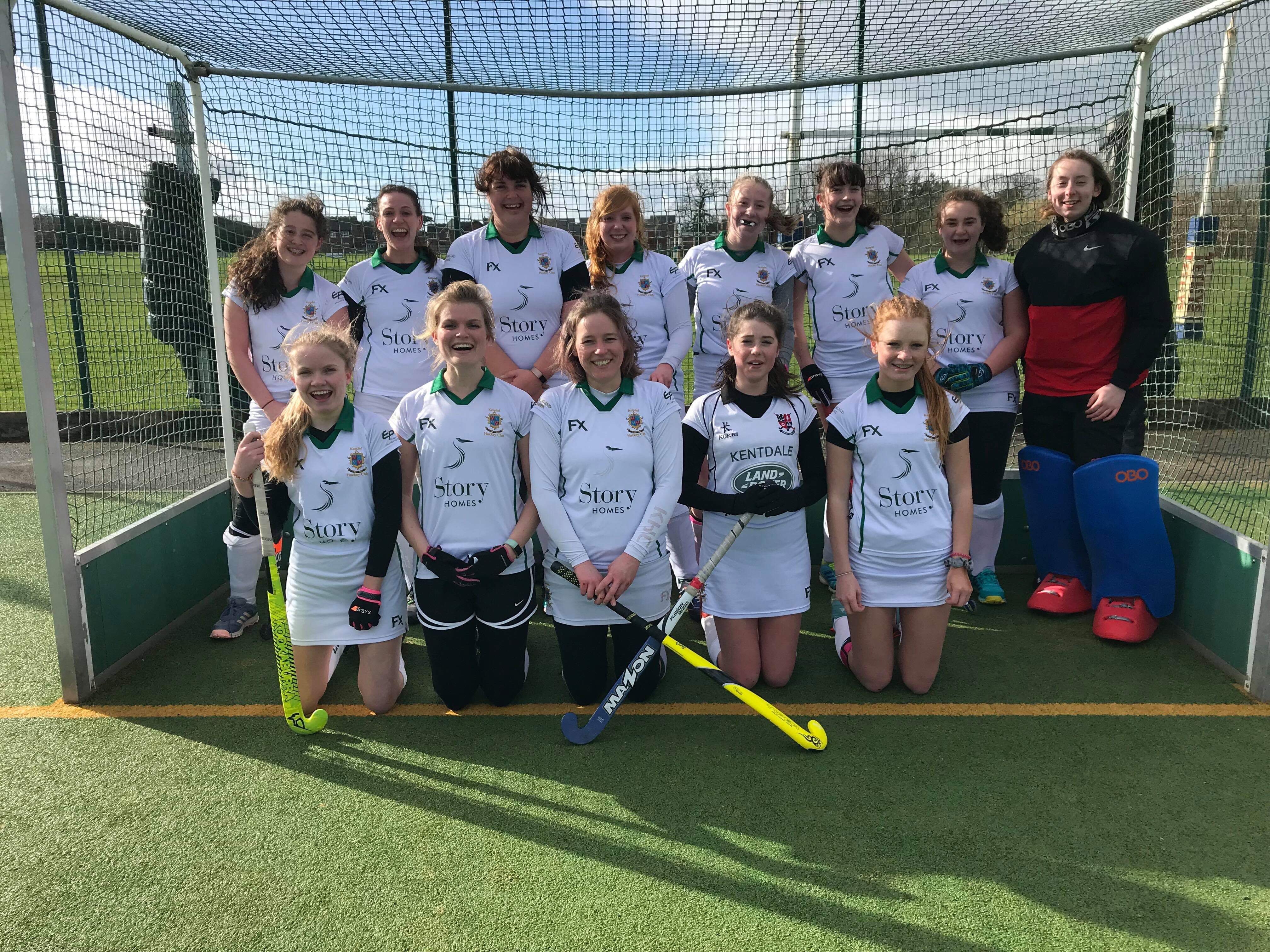 The ladies set off for the first of 2 trips in the next 3 game away at Wigton.

Coming off the positivity of the past few weeks the game started with much of the ball being in Kendal’s possession. Kendal were able to take the lead through a well worked ball into the D by Laurel Martin and Sophie Strong to find player of the match Fiona Morphet who played a great shot off the reverse stick to find the goal. Wigton came back at Kendal putting pressure on the defence but keeper Rebecca Tarney was on a great form stopping a number of chances along of with the persistence of Wigton who at one stage had 7 short corners in a row eventually found the goal to make the scores level. Straight from the pushback Kendal made the attack and the ball found Yazz Taylor who scored for Kendal. The ball moved back and forth with both teams having chances and Wigton taking advantage of a sparse Kendal defence to make a break before Sarah Harper showed her lightening speed to make it from one D to the other to intercept the Wigton attack. Wigton received another short corner just before the end of the half and found the back of the goal.

The second half started with many Kendal attacks with Sophie Stead, Abbie Thomson and Bec Barnes working well with Martin to put constant pressure on the Wigton defence using the wind to the Kendal advantage. Again Wigton did not give up and put the defence of Edie Hollis, Heather Randell, Ellie May and Francine Bult under pressure but again Tarney in goal proved hard to beat. Kendal received their only short corner of the game with 10 mins to go and Martin was able to convert to give Kendal the lead again. Wigton kept on attacking but for Kendal we’re unable to convert their chances and the game finished with Kendal the victors.

The win means Kendal have finally moved off the bottom of the table and the improvement in all the players of the 2s has been outstanding throughout the season. Kirkby Stephen away next Saturday in the final cup game of the season.