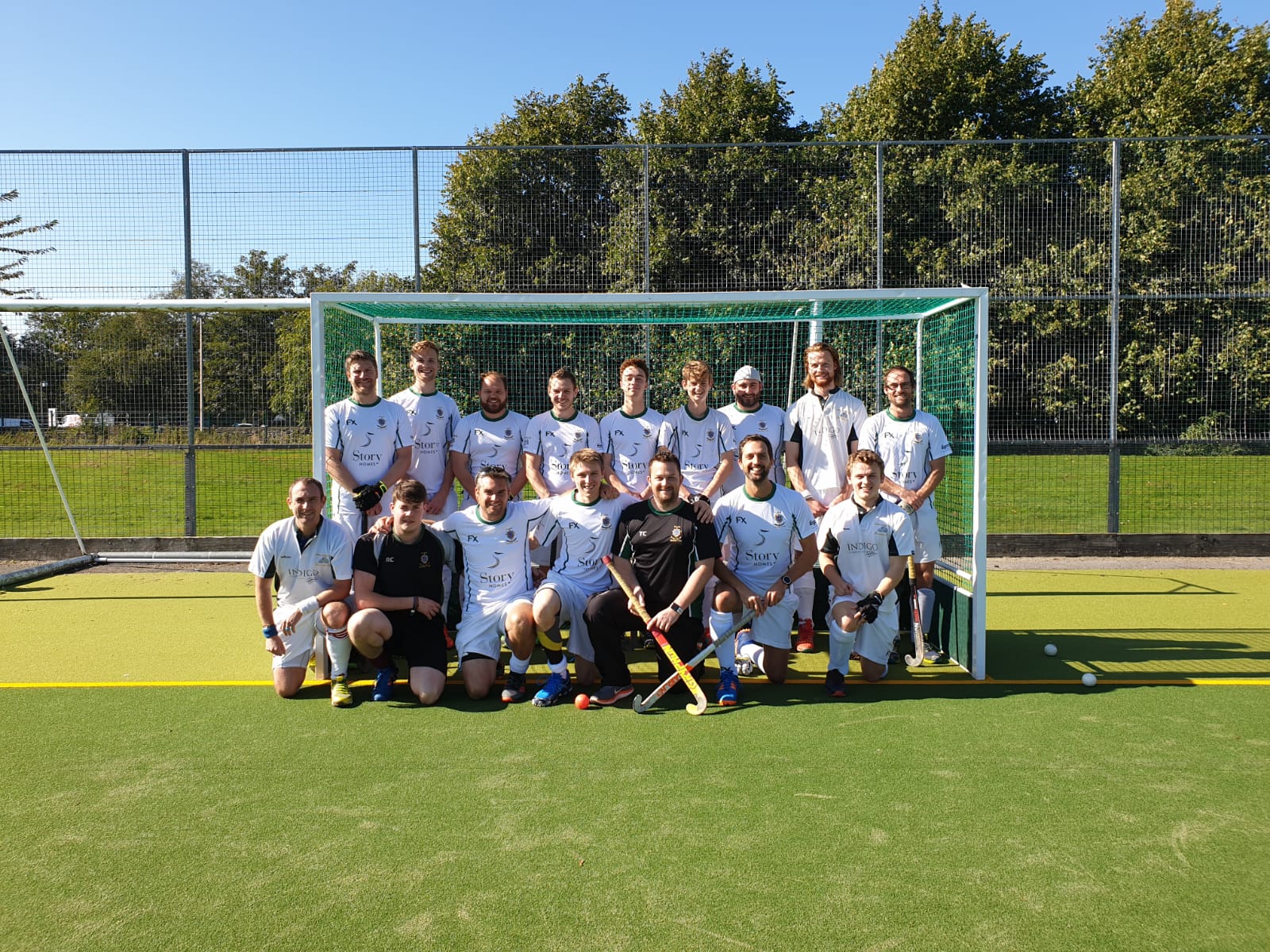 It was a dream start to the season for Kendal as they welcomed Leigh Manchester to the Queen Katherine School for their North West Division 1 North opening game.

From the first whistle Kendal attacked with gusto and looked strong from their pre-season efforts. The home side scored on their first foray into the Leigh D, unfortunately for them Phil Conlin’s early goal was disallowed after the ball was judged to have hit a foot in the build-up. It wasn’t long before the Leigh goal was breached again and the hosts were particularly happy to have several new faces scoring their first league goals for Kendal Hockey Club. Debutant James Marston took first blood and scored with a lovely reverse stick strike. Just minutes later Noah Ross finished off an outstanding team move for Kendal’s second. Alex Hyman was the second of Kendal’s new players to get on the score sheet when he was afforded too much space by the away team and capitalised for Kendal’s third. Steven Olliver then darted in to score his first competitive goal for The Greens, a fine finish taken with aplomb. Noah Ross then showed a calmness that belied his years as he crafted more time than any man should be allowed in the opponents D to first control, then slam the ball into the net past the beleaguered keeper’s head. Alex Hyman snuck past the Leigh defenders again to score the second of his brace and Kendal’s sixth. Man of the match Noah Ross converted with a reverse stick swipe for his hat-trick just before the half time whistle.

The visitors came out for the second half determined to slow Kendal down and reduce their scoring opportunities. For a while this worked well, but despite Leigh’s forceful efforts The Greens were proving to be an unstoppable force. Steven Olliver was the tip of the spear for the home side as he thrust his way into the D and slotted the ball home for his second. Aaron Screen was soon getting in on the action and took his opportunity to secure his captains goal. Steven Olliver was proving to be the thorn in Leigh’s side as the half continued. Time after time he rebuffed the travelling team’s enthusiastic attempts to dispossess him as he continued to create scoring opportunities for Kendal. Olliver scored twice more as the match progressed to bring his personal tally to four. The home side showed great maturity in managing the game and saw the match out with several dominant passages of play. Mark Addison refused to tire in the midfield and with Alex Watkins, John Stanworth, Matt Marston and coach/player Thomas Cash continually making themselves available The Green’s played possession hockey to be proud of. Chris Woodman, Gordon Blunt, Nick Davis and Simon Millington refused to allow their goal to be breached and Rob Cartwright’s emphatic vocal contributions were rewarded with a clean sheet.

After such a solid performance Kendal Men’s 1s go top of the table and will hope to remain there after their trip to Kirkby Lonsdale Men’s 1s next weekend.