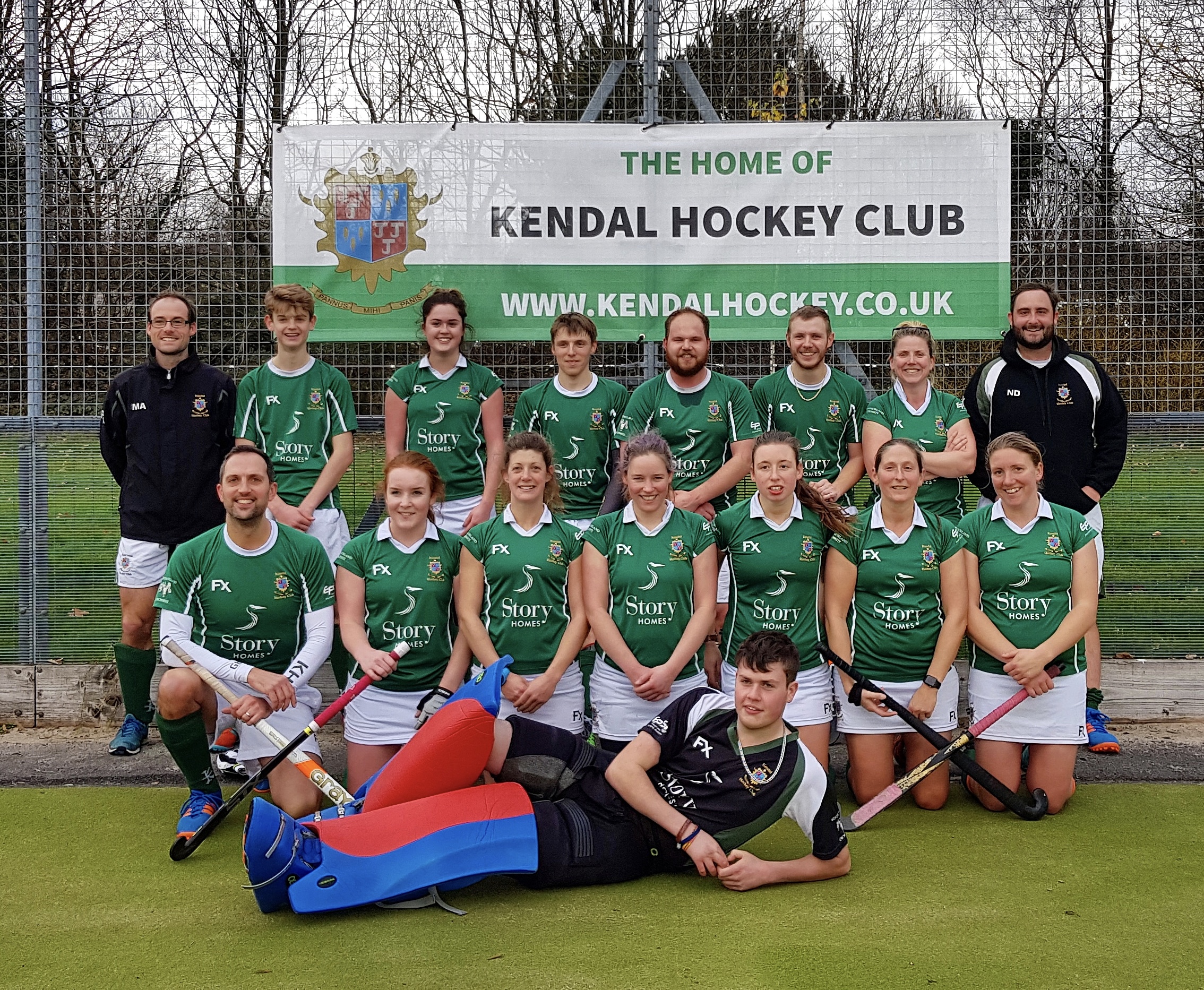 Last Sunday our senior mixed team, The Kendal Mint Cakes, played host to Keswick in the first round of the national mixed competition, a competition that the greens have historically done so well in.
The game started out evenly balanced with both sides passing the ball around well. However, it didn’t take long for Kendal’s midfield of Whalley-Jones, Wilson, Addison and Screen to get a stranglehold of the game as they repeatedly thwarted the away side.
Kendal handed a debut to Junior, Noah Ross who took his chance with aplomb.  Kendal’s forward line of Cogger, Ross and Tyson set a great high press which led to a turnover in possession. Ross collected the ball and skipped past the final defender before calmly slotting the ball under the on-rushing keeper.  Half time, 1-0.
Keswick kept battling and enjoyed some good link up play but unfortunately they were unable to break through the Kendal back line. Woodman, Randell and Molly Wilson linked up well and were composed throughout.
Gordon Blunt rolled back the years, demonstrating skill and flair to beat three players before releasing Rebecca Wilson down the right wing. Wilson launched an aerial ball over the Keswick defence to Nick Davis who collected it above his head before passing it to Tyson who, in turn deflected the ball on to Man of the Match John Stanworth to rifle the ball in the top corner. 2-0.
Kendal continued to press and Hannah Cartwright dispossessed the Keswick left back late on. Cartwright found Tyson once again who unselfishly laid the ball on a plate for Stanworth to send another rocket of a shot into the top corner. 3-0.
With 5 minutes left Keswick created a goalscoring opportunity and despite not having much to do, goalkeeper Rob Cartwright kept his concentration to thwart the away team striker with a lovely block.
Kendal ended the game with a penalty corner that Aaron Screen drag flicked home to ensure that the Mint Cakes were in the hat ready for the 2nd round draw.
Kendal’s mixed side remain unbeaten at their new home pitch at The Queen Katherine School which, with its immense fan base is quickly becoming a fortress.